Why Flyntlok?
We founded Flyntlok because we are equipment dealers ourselves and the software offerings out there for our business segment are uniformly bad. After your people, your dealer business system has the most potential for meaningful impact on your business. Please consider, Flyntlok as your technology guide through the world of Equipment Dealer Business Systems.

I would like to introduce myself. My name is Sean McLaughlin, and I am the CEO of Flyntlok Incorporated. I am also the owner of Craig Taylor Equipment the John Deere, Bobcat, Doosan and Peterbilt dealer of Alaska. If you have found yourself on this page, you are probably an equipment dealer yourself looking to see if there is a better software offering out there for your dealer management system.
My career started on Wall Street where I founded a software company that supported hedge funds in their daily trading of stocks, bonds, options, and futures. That company, Eze Castle Software, turned out to be quite successful. I left to work in government for a time during the George W. Bush administration and then my wife, Laura and I moved our family to Alaska.

Originally, we just explored with our children (8 at that time) and we went on some incredible adventures. But it did not take long for me to get restless. After about a year of rearranging cereal boxes and driving my wife crazy, I discovered that the John Deere and Bobcat dealerships of Alaska were for sale. 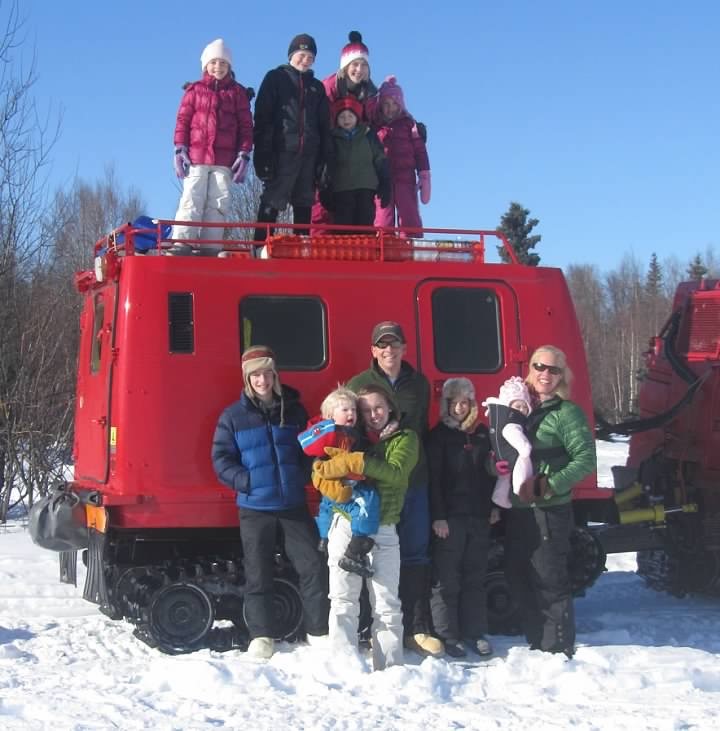 I had made my way through college studying computer science as an Air Force ROTC cadet and by running a landscape company, so I knew something about equipment. In the early years of our marriage, my wife and I raised our family on an apple orchard in Harvard, MA – all John Deere equipment. So, the idea of owning a dealership sounded like an interesting one to me.
And there was another reason. For a long time, I had been noticing that my kids did not know what I did for work and I thought that was bad. After all, one of my fatherly responsibilities is to instill in them a strong work ethic. But try telling your young children that you write software to trade stocks for a living. You will get blank stares. I began to get all excited about the idea of running a “real” business and by that, I mean something that you could look at, touch, drive…something physical.

Long story short, with a friend of mine, I bought the John Deere and Bobcat dealerships of Alaska, four location in all, with about sixty employees. We kept the name of its founder, Craig Taylor, which after fifty years in business was well known in Alaska.
For the first year, we just watched and learned. We had weekly meetings with our key staff and listened to the problems and the solutions offered. We met with the manufacturers and the customers and started to get our legs under us regarding all the issues and challenges of running a dealership. 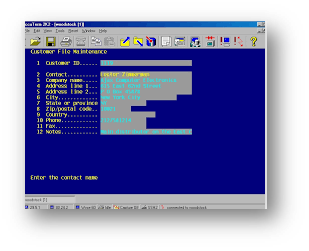 There was a lot wrong with the business we had purchased. And one of the key problems was their dealer management system, which at the time was something everyone called “Accuterm” That was actually the name of the terminal emulator that they used to access a legacy system that had been written in 1981 – It was 2014. It is what many call a green screen system although thanks to “Accuterm” you can now make it any color you want – it’s still awful, mind you.
Well, for a software engineer like me that was not going to do. This system had some key problems. One obvious one was a lack of support. We had already experienced a few days when the system, sitting in a back room full of dust balls, had stopped working. No one even knew how to back it up. The second was it had been “hard-coded” to the way our dealership had run for 25 years which was not the way we were going to succeed in the market of today. We started looking for a replacement. 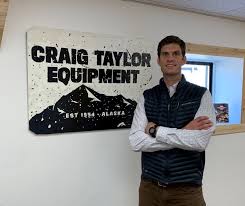 We had hired a smart young man to help us with the task of redesigning the business. One of his first tasks was to set up demonstrations of the best DMS or DBS systems on the market.
So, in they all came- names you will all recognize. There was not one of them worth the time of implementation. As a technologist I kept complaining to my guy that this could not be all that there was. In a few demonstrations, I felt like was being talked to like I was an idiot. I saw some of the absolute worst software I had ever seen. In particular, I was struck by the incorrect or bogus use of the word “cloud” in their demonstrations and the use of “screen-scraper” technology to make an old green screen technology try to look like a modern one – which, by the way, never works. I lost my temper a few times.
All these systems suffered from being legacy, monolithic systems marketed and supported by zombie companies. I am going to break this apart for you now.

This basically means old and in software it is a death sentence. It is obvious to everyone that there have been massive leaps in technology since 1980. Along with these improvements, customers have adopted higher expectations of what a service provider like an equipment dealer can do for them. Unfortunately, in software, when you build your system in the technology of the day and then the technology changes, it is very hard, if not impossible to evolve yourself into the future. 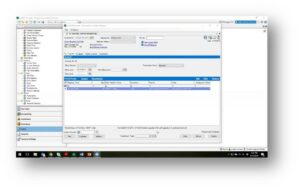 The reason for this is simple. Let’s say you want to take your product originally built as a 1980 “Pick” system and now build a new version in the cloud. During development you must service and support the old system while building from scratch the new one. And the old system cannot be just left alone. All the while you are doing this, dealers and manufacturers are coming out with new requirements, credit card system changes, tax rules change and more. This means that if you had ten developers for instance, you now have half of that for each system.
It is a known fact that almost all software companies that try to create a new version of a legacy system fail because of complexity and competition. Compare the legacy conversion of say, Charter Software, to just starting from scratch as our company, Flyntlok, did. We didn’t have to worry about supporting customer on some old system. We could just focus on the new one. Our development time is not divided among multiple systems so we perform quickly, like a rabbit in a turtle’s race. 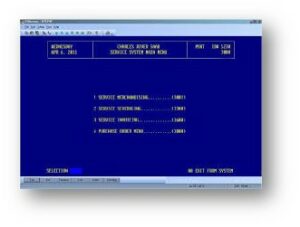 This is a big one. Old DMS/DBS systems tried to be everything to everyone. With a similar budget to Flyntlok’s they were developing payroll systems and accounting systems and shipping systems and payment capture systems. Monolithic as in all-in-one, as in their offering had to perform every function of a dealer’s business. This makes no sense. Some functions of a dealership are common to many businesses. That means that a non-vertically (only equipment dealers) integrated company can build that system and sell it to many more types of companies. Obviously, they are going to do a better job at building that piece of software. A CEO of business creating a monolithic piece of software must constantly make decisions about where to spend his/her resources. Do we invest in the chart of accounts? Or do we support Apple Pay for credit cards? Or do we integrate the new interface from Bobcat, for instance?

By this point, we have discussed legacy and monolithic software offerings. So, what happens when all this hits the wall – the dealer management system software provider is stuck between old and new? In most industries outside of technology, the software businesses would eventually collapse. But in software, you have the dreaded conversion cost of getting off one DMS/DBS to onto another. Many customers, fearing change, stay on the old software well after it provides any meaningful value to their business. They find other ways to improve by bolting on other solutions to the side of their existing DMS/DBS for instance or adding additional people to their back office function. Others defer acquisitions or needed business re-engineering because they fear their current system won’t support the process.
So instead of change, they keep paying their monthly hosting charges to their current DBS/DMS vendor and learn to suffer in silence, no longer even bothering to ask for features or bug fixes or new reports knowing that nothing will happen.
Meanwhile, back at the software company, the founder has been replaced because he/she couldn’t make the transition, or just because he/she wants to do something else with their life, the task of running the software company being no longer as rewarding as it once was.

That means it time to sell. Well, software companies are valued on their current book of business and how sticky that business is and on their growth rate. These DMS/DBS vendors long ago ceased being growth companies. But those customers that stick around through thick and thin on twenty years? That is a valuable cash flow to larger acquisition corporations who like to get rich of you as a dealer being scared to change systems. In fact, they make a lot of money off this. So, they swoop in and purchase these little software companies.
A famous acquirer in the dealer management/business system space is Constellation Software Dealer Group, a Canadian publicly traded company (Ticker: CSU.TO). In the past few years, they have purchased, IDS, Ideal, DIS, Charter Software and C Systems to name a few – all zombie companies.
Can you guess how much money Constellation Software allows one of its acquired systems to spend on R&D and development and customer service? The answer is less and less each year as they milk out the annuity stream of revenue. 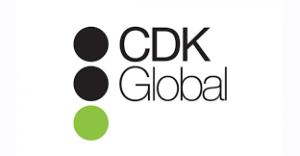 In fact, just in researching this article, I came a across a buy recommendation for the CDK when it was spun out of ADP in 2014. It was written by a graduate student at the Columbia Business School. What is most astounding about it is the language used to describe the investment. Keep in mind they are talking about you the dealers of the world, CDK’s clients. One favorite: “CDK has perfected the art of selling technology to luddites.” If you haven’t heard the term “luddite” before it has come to means someone who shuns technology – he is talking about you. Another one: “CDK was an unloved and irrelevant unit within ADP.’’ This is funny/sad because ADP was the first to buy CDK for its cashflow. Later in the piece, we see the business plan. Cut the fat, streamline R&D including Cobalt programmers (referred to as actual fat in the piece; COBOLT is a dead programming language) It is a business plan based on the investors and not on you the customers, the equipment dealers of the world who rely on the software to operate their business.
Now you might not think that the DMS is all that important. And compared to your people, it isn’t. Your staff is always the most important success factor in an equipment dealer business. Great people do great things with whatever resources they have. But imagine if you had great people and great software. In my next installment we will talk about what that means.
© Copyright Flyntlok, Inc. 2019 - 2021